I had the honor and privilege last month, on what would have been my Great Aunt Clara’s 104th birthday, of hosting a virtual Celebration of Life for dozens of her family members and friends. Though it wasn’t the type of event any of us envisioned when she passed away on March 2 following a series of ups and downs after breaking her hip in December, it ended up being a tremendously special way to honor the wonderfully witty, energetic and inspiring woman who was a role model to so many.

Aunt Clara, my maternal grandmother’s sister, lost her husband of 62 1/2 years in 2001 and, 2 years later, moved to an apartment in a senior living community where she lived independently until she fell, a month after her 103rd birthday. Up until that point she was exceptionally spry and healthy, leading countless people to question her about her secrets to longevity. She credited several things. First, she touted the importance of staying active, both physically and mentally. She was an avid walker throughout her life and continued to log at least a mile every day (usually more) until she broke her hip. Even then, as she recovered from surgery, she came up with exercises she could do in bed to keep her good leg strong. A devout Christian, she talked often about the importance of faith and of trusting in God’s will. She believed strongly in the value of laughter and delighted in sharing funny stories and clever quips.

The final key to a long life, she claimed, is service to others. That was the driving force behind everything she did because, she believed, it isn’t only essential for longevity – it’s the PURPOSE for longevity. Plain and simple – we’re here to spread our love and our light, and to make the world a better place. And it’s our responsibility to take care of ourselves so that we’re able to do that for as long as God sees fit to keep us here.

Aunt Clara’s mobility was severely diminished during her stays in the hospital and rehab, and she often told me how anxious she was to start walking again so that she could return to serving others. I observed and shared with her that, although she wasn’t doing the work she was accustomed to, she most certainly was continuing to make the world a better place by spreading her love. She showed the same respect and expressed the same appreciation to everyone who walked through her door, greeting them with a smile and a kind word, whether it was a doctor or someone emptying her trash. She asked about people’s families and their lives. She remembered their names and their stories, and she followed up when she next saw them. She made everyone who crossed her path feel seen and valued and they, in turn, quickly grew to love her. The kind and sprightly 103 year old at the end of the hall soon became the most popular patient on the floor.

She truly believed that we’re all equal in the eyes of God, and she lived every day in a way that exemplified that belief. She often stated, very matter-of-factly, that we’re all the same color underneath our skin, and she was baffled by how many people failed to grasp this simple concept. She loved to share the story of Denise, a young Black girl who was a neighbor many years ago. When Aunt Clara realized that Denise’s parents left the house early for work, leaving Denise home alone for a little while, she suggested that Denise come to her house before school in the mornings. Denise’s mother thanked her profusely for offering and said she could never have brought herself to ask for such a favor. Aunt Clara told her that was nonsense, and that we all need to help out where we can.

She hadn’t mentioned the arrangement to her parents before they came to visit, and she worried about what my racist great grandfather’s reaction might be. Aunt Clara loved recounting that, despite his shock at seeing someone Black in the house, he kept his mouth shut. Denise chatted politely with him and, after she’d gone, he observed with surprise and admiration that she was the nicest little “N-word” girl he’d ever met. Aunt Clara promptly exclaimed, “Dad, that’s because you’ve never taken the time to talk to a Black child before! She’s no different than any other child. And you will not use that word in my house again.” As she recounted the story, she wondered what had given her the nerve and the confidence to speak to her father in a manner that was so out of character for her. But the answer was obvious to me – she saw the value in every person and felt it was her responsibility to stand up for what she believed in.

Discover the Secrets to Enjoying Harmonious Relationships with the People You Love (But Don't Always Like!)

If you’re ready to take the first step towards feeling great about what you’re bringing to your relationships, I’d like to invite you to grab one of my complimentary Family Connection Audits, where together we’ll get clear about your goals, uncover what’s really standing in your way, and create a proven plan to enjoy the connections you want. I’d love to talk with you! 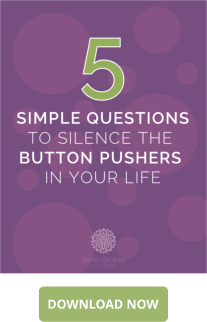 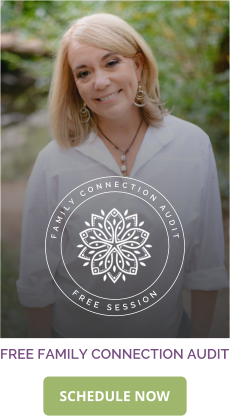 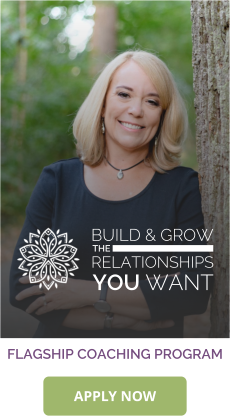 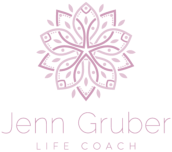